Hospitality and Tourism in Northern Rivers 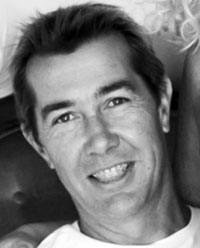 Cameron has an extensive career in the hospitality and tourism industry, having held senior management and executive positions in more than 30 hotel operations throughout Australasia the most recent as CEO of Consolidated Domain Resorts, managing letting agreements for over 1000 rooms along the eastern seaboard, including 420 in the Tweed Coast region of Northern NSW.
He is equally well versed in and empathetic towards the challenges facing smaller tourism operations, having owned restaurants in Central Queensland and as current leasehold owner of a multi award winning apartment complex in Byron Bay.
In addition to his current position as Co Chair of Regional Tourism Body North Coast Destination Network, Cameron has also held the roles of Chair of Northern Rivers Tourism, Vice-Chairman of the Forum of Regional Tourism Organisations NSW and Chair of Tweed Tourism. Cameron currently sits on the Tourism Advisory Committee for Byron Shire and is the inaugural President of Byron Shires’ first industry led Local Tourism Association – Destination Byron. He has been a judge of the NSW Tourism awards in 2012 and 2014, presented at tourism symposiums, workshops and conferences, and now consults with industry as well as all levels of government

On the Menu
Each Byron & Beyond Networking breakfast offers a range of delicious menu choices, made from our regions best local produce.

Thank you for organising breakfast at Town Cafe Bangalow.  I had a wonderful morning. Loved meeting so many new and interesting people. In fact, I had never seen any of them in my life before.

You organised the event to perfection – loved the time limits and bell, giving everyone an equal chance to communicate with the whole group. I liked your place card arrangement and enjoyed the company of the members sitting nearby to me.

You accomplished an amazing amount of activities in one hour with poise and finesse. The guest speaker was great – such a warm and confident young woman.  I learnt so much and was able to pass on useful information to Bruce. The meal was generous and very tasty. Enjoyed the opportunity to dine upstairs.

Thank you both for sharing your skills and experience with us. Looking forward to the next breakfast.